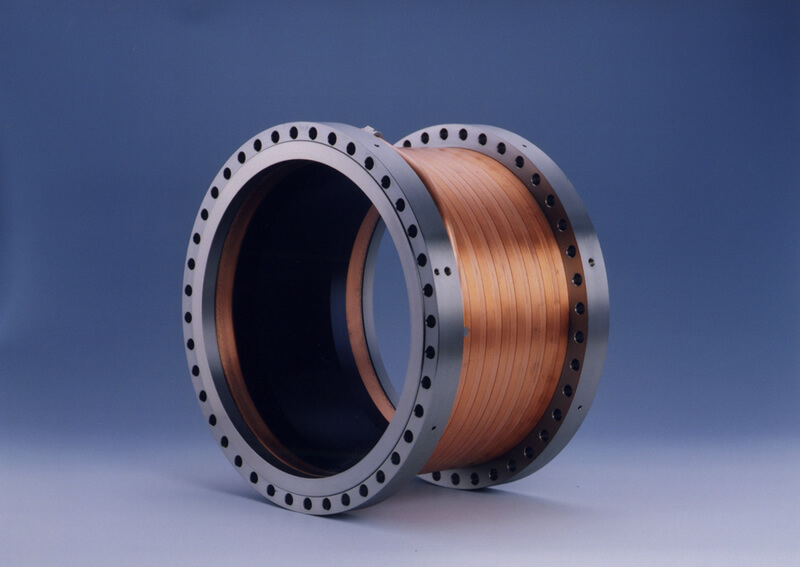 There were two effects that occurred as a consequence of implementing this proposal.

By lining the ferrite on the inner surface of the Copper cylinder, a uniform ferrite layer was formed, and the temperature rise was suppressed through eliminating the inconsistency of cooling due to the failure of the bonded area.

Because of the lining’s inner surface uniformity the possibility of defects around the edge was decreased and as a consequence the generation of particles was suppressed.

Any request about products, and ask for quotation can be made here. Other questions and requests about the company can also be made here.